A famous name returned to Bishop Park to propel the Devils into a promising new era with victory over Tweed Heads Seagulls in their Intrust Super Cup season opener today.

Hooker Alex Bishop crossed for the match-sealing try in the 77th minute as the Devils overcame the Seagulls 24-12 in a rain-marred clash.

Bishop was playing his first game for Norths but he is a third-generation Devil – the son of Gary Bishop and the grandfather of former England captain Tommy Bishop, who was a favourite at the Devils in the 1970s.

Gary and Tommy were at the ground today to watch Bishop find a hole in the Seagulls’ defence to score from close to the line as a tense second half drew to a close.

Bishop was one of 11 new faces for the Devils today after a massive off-season rebuild during which new coach Rohan Smith was brought in to overhaul a team that had missed the finals for the last five seasons.

The Devils skipped to an early lead but the Seagulls fought back, toughening up their defence and capitalising on a spate of errors by the home team in slippery conditions.

“It was a messy game but I was happy with our resilience because we really hung in there when the game could have got away with us,” coach Smith said.

“We won a lot of collisions which enabled us to keep our noses in front when things were getting tight. It’s good to get the win and there is a lot for us to build on.”

The Devils struck early when Broncos forward Sam Tagataese crossed in the seventh minute. The try continued Tagataese’s remarkable record for Norths. It had been a decade since he had played the last of this 24 games for the Devils, during which he had scored 20 tries.

Tweed hit back three minutes later when Tevita Folau capitalised on a Devils’ mistake from the re-start, scoring in the left corner.

Tries to centre Luke Pollock and new captain John Palavi propelled the Devils to an 18-4 lead before Tweed Heads clawed back to an 18-8 halftime score when Kiah Cooper scored.

Seagulls coach Ben Woolf said he was satisfied with his team’s efforts as they fought back, finding holes in the Devils’ defence out wide.

“I was pleased with that because we found some gaps out wide which shows we have some class there but it was always going to be difficult to play like that as conditions worsened in the second half,” Woolf said.

“We’ve got a lot of scope for improvement with four Titans guys coming into the squad this week so it’s a good platform to build the season off and we can take some confidence going into next week.”

The Seagulls kept the pressure on the Devils when Brayden McGrady’s 48th minute try pushed the visitors within six points but three missed conversions did not help their cause. 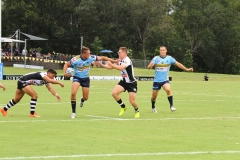 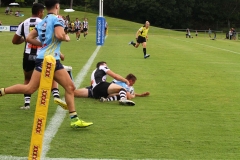 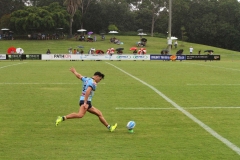 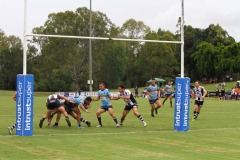 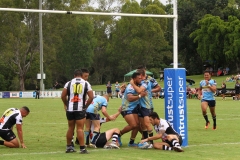 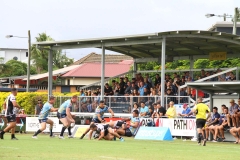 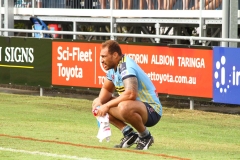 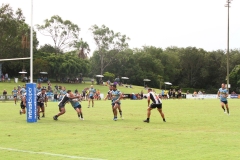 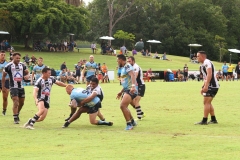